When evening had come, He sat down with the twelve. [21] Now as they were eating, He said, “Assuredly, I say to you, one of you will betray Me.” [23] He answered and said, “He who dipped his hand with Me in the dish will betray Me.

Leadership is a very interesting subject. The search to understand it for its importance keeps revealing depths that are most intriguing as they are compelling. Learning leadership from the model of Jesus, the Master Leader is a great pleasure as well. One very important truth that I take away from the lessons from this source is that they remain as counsel for leadership that cannot fail. (though men may fault them, often largely out of a lack of understanding and revelation).

Betrayal as a vice

When we think of betrayal, we find nothing good about it. It is not something that anyone, leaders inclusive, want to experience or have to contend. The average leader will feel very bad and could go to great lengths to react against betrayal from any of his/her followers.

Betrayal is simply acting disloyally within the context of a valued relationship. A leader will consider as disloyal any deliberate act by a follower that seeks to undermine his/her ability to deliver on the given mandate. When a follower betrays the leader, it is regarded as an intentional act to stand in the way of the leader’s success.

We never consider betrayal as an act that can pave the way for the leader to succeed. That’s just not something that crosses our minds. How could someone or some group standing deliberately in our way portend well for the work we are trying hard to accomplish? That would be a thought line. Unfortunately, that’s where many leaders miss it. Betrayal can work out in our favour. It may well be the action that sets us on the path of success in our leadership assignment. It certainly did for Jesus, whose leadership we regard as most instructive.

Betrayal is not new to leaders

If you have been conscious of your leadership role over an appreciable period you would have experienced betrayal in one form or the other from followers. The experience of betrayal is not new to experienced leaders, and it should not be new to a rookie or emerging leaders also. Followers will betray you as a leader now and again. It is simply normal, and indeed, natural.

If Jesus could be betrayed by persons who hung around Him so closely and were exposed to marvelous, landmark things accomplished by Him, I suppose that every leader should know and understand that they can be betrayed. And betrayed, they will be.

The fact is that the marvelous things accomplished under your leadership as a leader will not exempt you from the act of betrayal. You would have thought that allowing followers to observe your sincerity of purpose and the value you add to people, including the knowledge you give to empower them to achieve great things for themselves, will be enough to satisfy them. And if they are satisfied, they should never even think of betraying you. That’s the mystery that you need to understand.

Followers always have their motivation to follow the leader or not. The very things you rely upon to convince them to dedicate themselves to you as a leader and your cause may well provide the motive to seek to undermine you.

Judas saw an opportunity to profit from the challenge that the leader posed to those who hated the giant strides that He was recording. He felt that he could profit from that and went ahead to explore and exploit the opportunity. He had no regard for the leader and His mandate. He was not impressed, having harboured an interest that was at variance with that of His master all along. Remember that the same guy had been stealing from the common purse as the Treasurer.

Betrayal by followers is driven by the existence and nurturing of interests that are at variance with those of the leader. The best efforts of the leader will ensure that the followers’ interest(s) is(are) aligned with his/hers. However, situations will still arise where interests remain at variance, thereby giving room for betrayal or disloyal behaviour. Betrayal in leadership is seldom discussed but it remains real. Leaders must know how to deal with it.

Being sensitive to betrayal

Betrayal paved the way for Jesus to fulfill His mandate as a leader. The movie undertaken by His follower, Judas, to sell Him out became the gateway to go to the Cross. The Cross was a place of the ultimate fulfillment of His mandate, and all other activities including teaching and healing that He spent the bulk of His time doing, as important as they were, would not have taken Him there. Betrayal from one of His followers was the key.

In this case, betrayal was a blessing disguised as a crime! Being a good and true leader, he took it in His stride. He understood why the betrayal took place and made it known to the person who had been contemplating the move in His mind. He encouraged the person to go ahead with the plan to betray Him.

Leaders of today are most unlikely to consider such a development as having any good that it could add to their ability to deliver on their mandate. They would have taken steps to encourage the follower not to go that route. And they would have undermined their own ability to succeed as leaders by such actions. Just imagine if Jesus had encouraged His follower not to betray Him.

In what way have you tried to prevent a follower from betraying you? Maybe you never considered that such an action was in the best interest of your assignment. Remember those times when you reacted angrily to followers whose actions you interpreted to be sabotage and you took decisive steps to quash them. Could you have been working against your interest without knowing?

The point here is to understand that followers can betray you as a leader, however good you may consider yourself to be, and such actions may well be in the interest of the success of your assignment. Some followers would goof in their actions and solutions that benefit the whole team will show up as a result.

Leaders must be sensitive to betrayals and be careful not to treat all of them as unacceptable. Some betrayals are for the good of the assignment and others would take the leader far away from the achievement of his/her mandate.

Just before I close, let me point out that your team can be full of betrayers and you could still produce a great set of leaders out of them, with one leading. It should be recalled that out of the team of 12 that followed Jesus, every single one was consumed by the betrayal bug. When the Master was arrested, every member of the team deserted Him (just as He had predicted). Not a single one was bold enough to put themselves on the line. Even the one who vowed that he would never succumb to betrayal did so. He denied the Master publicly three times within a few hours. That was Peter.

You would have thought that the Master would do away with His team completely following that occurrence. But He did not. He knew that their reaction was circumstantial and did not take away from the fact that they were capable in their own right as leaders though they still had areas where they required improvement.

The same men went on to become a force to be reckoned with, doing greater things than their Master had done, again just as the Master had predicted. And they were led by the same guy who denied the Master three times. (The thing to note in the denials of Peter was that He still followed the Master albeit at some distance aided by John who had the privilege of access to the Council to which the Master was taken. All other followers disappeared completely.)

I suppose that if Judas had not killed himself but had apologized to the Master and turned a new leaf, realizing his wrong, his place among them would have been preserved. Indeed, he would have been among the team that made great waves and accomplished great things after they stepped into the leadership roles formally. So we see that betrayal in leadership is not necessarily fatal to the accomplishment of the assignment.

Some lessons for leaders

From the foregoing, we can appreciate that a true leader should take betrayals in their stride and lookout for ways through which they may serve their leadership interests. Betrayals should not be regarded as a crime all the time.

Betrayal should not write off any follower from the succession books of the leader. Followers who learn from their acts of betrayals and turn a new leaf with sincere hearts should be embraced and allowed to emerge as leaders as well. They most certainly will emerge as strong leaders, reinforced through their experience, just as Peter did.

The entire team turned out to be leaders who pursued their mandate with strong conviction and excelled at different levels.

Betrayal also exposes a weakness in the follower that the leader still needs to address. Betrayal in leadership could be a blessing helping the leader to do leadership right. That is an important perspective from which a leader should see any goof that a follower makes. If followers were perfect they would not need a leader. Betrayal exposes an imperfection that should not be treated differently from another. The fact that Judas went on to commit suicide teaches leaders to mind those who betray them, especially after the experience. They must be carefully monitored so that they do not take extreme punitive measures when they could have repented, received forgiveness, and been reinstated.

Finally, every leader must understand that some followers will just not turn out well under your leadership. It is not because you have not done all that is required to be done. It may well be that they are destined for a different life experience or that they will only be transformed under a different leadership personality.

The leader has not necessarily failed because he/she lost one of the followers to betrayal or untoward behaviour. That was made very clear when Jesus submitted His report to God in John 17. Success is revealed in what those who are transformed under your leadership go ahead to accomplish after you.

That is why the true success of a leader is only measured after they have left the scene and by examining the quality of what the successor(s) accomplish.

Betrayal in leadership would probably come up at some point in the journey of any leader of substance. But it should help in the attainment of the leadership goals and not necessarily detract from them.

It should help the leader to produce great leaders from the followers.

Are you gifted enough for leadership? 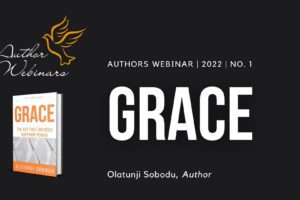 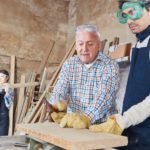