Leaders must lead from the point of advantage. That is the point of view being expressed in this week’s issue of Leadership Insights. Where is the leader’s vantage point? That is where a leader should operate from.

Leading from the front

A leader in the most basic sense is one who is ahead of those following. By definition, a leader stays in front. Jesus led a team of 12 disciples and His command to them was “Follow Me.” That suggests that He was to lead while they would follow. It also suggests that He would be in front while they would be behind. The disciples immediately ‘followed’ Him when He called them. They obliged the call of their leader.

Recently, I led a Leadership Masterclass where we discussed the case video of a duck leading her ducklings. The mother duck was in front and all her ducks lined up behind her as they headed to some destination. That journey ended in a disaster because the mother duck lost all her ducklings in two major accidents. Both accidents happened to the ducklings who walked behind while she concentrated on looking ahead.

This case video prompted a discussion on how appropriate or otherwise it is to lead from the front. The mother duck led from the front. She walked ahead, face set like a flint, towards her destination. She must have looked forward to getting the ducks to ‘her’ appointed destination successfully. She was playing her role as a leader and seemed eager to deliver on that mandate. It’s just like many of us sincerely pursue our leadership mandate. She was sincere, focused, motivated, and eager to fulfill her mandate. However, that was not enough to achieve success.

On the contrary, she failed. And woefully for that matter. The accidents happened in two stages. The first accident took away about a third of the ducklings as they fell through a hole in a grill over which the mother duck walked (and almost got caught). The second accident happened when the mother duck walked back to seek the lost ducklings, presumably after it was brought to her knowledge. In the process, she walked straight onto the grill with the ducklings following rather obediently. Before she knew it, they all fell through the grill, leaving her alone. It was a most tragic situation.

She lost all her followers. She was leading from the front. She did not look back as she led, at least to be sure that others were actually following. She did not issue any instructions or guidelines to help those coming from behind as she took those confident strides of hers toward the destination. It was a painful video to watch. So sincere, yet so sincerely wrong

Does this experience suggest that it is wrong to lead from the front? No, that’s not the case at all. As we said above, the role of a leader is to take the followers to a destination. In the process, the leader needs to show the way. That, the leader can do by leading from the front.

The duck’s situation only helps us to appreciate at least two things:

Could the mother duck have prevented her total loss, and obvious failure as a leader, in spite of her sincerity, by leading from somewhere else? The answer to this question would be yes.

The mother duck could have led from a vantage point.

One major problem with the way the mother duck led from the front is that she did not look back at all as she took her confident strides toward her destination. She simply assumed that she was being ‘followed’ and much more, that those following behind should be able to learn from her strides. In particular, she expected them to know when to avoid traps or how to free themselves from such, just like she was seen doing when she walked across the grill. She could not be heard issuing any instructions to guide those following.

She actually was unable to see how things fared on her leadership journey with the same people for which the journey was being undertaken – the ducklings. She had no way of guiding them or teaching them to avoid certain pitfalls. Being in front was not a vantage point for her in that particular instance. She was actually leading from a point of disadvantage, being unable to keep track of her followers, and to promptly respond to do whatever was needed to guide them appropriately when they faced any challenge.

Many leaders lead in this manner. They lead by expecting that their people will just do as they do. They often cite the mantra, ‘lead by example.’ Well, the duck led by example, expecting the ducklings to do exactly what she did. But the result was a disaster. Leaders who lead by example can lead the followers into a disaster instead of the promised land. When they do not pay attention to their people to know how they are responding to the example that they are showing, and do not speak to the example to ensure that their followers understand why they are doing what, they expose the followers to an unacceptable level of risk.

No leader can lead effectively from a position of disadvantage.

What is the leader’s vantage point?

The vantage point should be seen as any perspective that empowers the leader to make the most impact on the people and monitor their progress. In particular, it should be a position that does not undermine the leader’s ability to urgently redirect the steps of the people when the need arises. The vantage point should be such that allows the leader to affect the followers in the way that is intended without exposure to devastating risk.

The leader is on a transformation journey with the team members and this journey takes place in phases. At all times, the leader is presented with different situations. Every situation presents an opportunity to lead from a particular vantage point. Therefore, what each leader needs to understand is the vantage point from which to lead in any given situation.

The dangers of leadership

Leadership is a dangerous responsibility. No person can rise to her full potential without benefitting from good leadership. The leadership journey involves the follower entrusting her destiny to the leader being followed. As we saw with the duck, the lives of the ducklings were destroyed under the watch of the mother duck, their leader. As it were, they were led to a place of destruction instead of a place of realization of potential by their leader. Some leaders would not want to accept it but this is how the way they chose to lead has affected their people.

When we do not learn to lead from our vantage point as we traverse that well-known route to leader status with our followers, we expose them to unacceptable levels of risk. The risk can put their prospects completely in jeopardy in the same way that the mother duck did to her ducklings.

The need to embark upon our leadership responsibilities always from the vantage point cannot be overemphasized. It secures the future of our people and guarantees that they will arrive safely at the promised destination.

They will emerge as good leaders and grow further from that position. They will also learn how to lead from the vantage point in the process.

Don’t lead from the front anymore. Lead from the vantage point. Being the leader should be taken to mean having the responsibility to lead and not indicating where to always lead from.

Yes, Jesus told His disciples to follow Him, but a time came when he led from the back! He called them and sent them out in pairs to get specific things done. He was later to meet them up on the journey. They were ahead while He stayed back. The disciples returned with success stories about their exploits. It was interesting though to hear from their Master that He was keeping track of what they were doing while on the field. He said, ‘yes, I saw satan fall like lightning.’

At that time and in that situation, leading from the back was best suited for delivering the impact on the people. At other times, He led from different points. Taken everything together, He took the followers safely to the destination. They became profound leaders themselves, having benefitted from His approach to leadership development – leading from the vantage point. I explore more of this in my upcoming book as mentioned above.

We have to think again about how we lead so that we can prevent any unintended and irreversible outcomes for our people.

It is important to seek to understand how to lead from a vantage point. We become better leaders when we are able to do so.

Leading from the vantage point is the sure way to go. 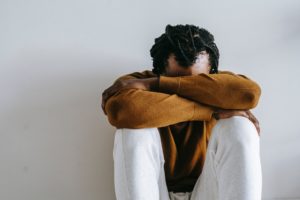 Betrayal paves the way for great success in leadership